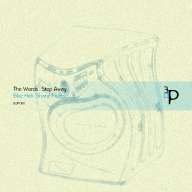 Composed, performed, and produced by Blue Hell and Shane Morris.

Originally recorded Saturday, September 26th, 2009 as a live streaming
collaborative performance on radio.electro-music.com between Blue Hell
(The Netherlands) and Shane Morris (USA). The performance was nearly five
consecutive hours of live improvisational electronic music. There was
nothing pre-conceived, arranged, or composed for this performance. In
fact, neither performer has ever physically met or spoken to the other
performer. This recording is entirely the product of internet relay chat,
streaming audio, and a friendship that exists beyond a material realm.
This recording is the highlights from that session boiled down and edited
to two hours of engaging experimental electronics.

The mechanism to do the streaming jams has come to be known as, The
Washing Machine. It is a system designed by Blue Hell to mix multiple
streaming musicians around the world together in near real-time audio
and combined into one stereo channel mix that is broadcasted live at
electro-music.com. Blue Hell will mix the streamers, apply post effects,
and record the final output as the mixed stream is directed to the radio
server. The Washing Machine concept very much embraces Cagian ideals of
randomness, chaos, and improvisation. 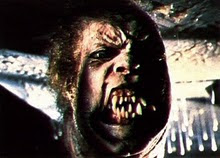 3 BRAIN KARNAK INTERLOPER
My veins are open in an everlasting circulation of the void. As i emerge from the abyss: the aurora borealis in the flesh.